Change in the San Juans
The Pueblo I period (A.D. 750 to A.D. 900) is a period of rapid demographic and organizational change in the Northern San Juan region. Large aggregated villages appear during this period. These villages can include both surface pueblos and residential pit structures. In the Northern San Juan Basin, there are clusters of Pueblo I sites near Durango, in the Piedra District, and in the Navajo Reservoir/Fruitland District. The earlier sites are concentrated in the Durango District, with large Pueblo I populations found toward the west. Although lithic assemblages don’t change much during the Pueblo I period, ceramic assemblages become increasingly diverse in terms of vessel form and decoration. The increase in ceramic pots and scoops probably coincides with an increase in the importance of certain produce, such as beans.

While the Basketmaker III and Pueblo I were occupying the Northern San Juan and other areas that would become part of the larger Chacoan system, similar developmental sequences were occurring elsewhere in the Southwest. The Hohokam (in Arizona) and the Mogollon (New Mexico, Arizona, and Chihuahua) were cultures contemporaneous to Chaco/Anasazi and were developing distinctive material cultures, village life, and adopting large-scale agriculture.

New theories
Chimney Rock Great House It was once believed that a large population began to appear around Chimney Rock during the Late Pueblo I period and gradually moved up from villages in the drainages, eventually settling on Chimney Rock Mesa. However, recent research has revealed weaknesses in the data supporting this interpretation. A more detailed analysis of ceramics at sites within the Chimney Rock area has shown most sites date to the Pueblo II period. Rather than a gradual movement of people up the drainages, ceramic analysis of sites within Chimney Rock National Monument shows the entire area was occupied during the same general period. Since ceramic styles at the pithouses, crater mounds, field houses, and pueblos are essentially the same, we no longer believe the valley was occupied first with later development on the mesas.

The majority of Pueblo II sites within the Upper San Juan region are located within 1.5 km of the Chimney Rock pinnacles. Pueblo II sites in the Northern San Juan are characterized by great kivas, suggesting communal ritual gatherings. The late part of the period, known as the Chimney Rock phase (A.D. 1025 to A.D. 1075) is notable for the widespread occurrence of small habitations and the appearance of Chaco-related great house sites. Most communities continue to consist of widely dispersed homesteads and hamlets, although these develop a nucleus. Agriculture became an even greater component of the Pueblo II subsistence strategy than in previous periods. Long distance trade appears to have increased with the florescence of the Chaco regional system.

The Chacoan culture is only one of the large cultures in North America in A.D. 1000. The Mississippian culture (A.D. 800 to A.D. 1500) spread across the Midwest, East, and Southeast. This culture (well known for sites like Cahokia) featured agriculture, large earthworks, ceremonial centers, an extensive trade network, and showed evidence of social inequality characteristic of a chiefdom. Fremont is another contemporaneous culture (A.D. 700 to A.D. 1300) centered in the Great Basin. Fremont peoples were hunter/gatherers who practiced corn horticulture. Contemporaneous cultures in Mesoamerica include the Maya and Zapotec.

One of the most compelling questions about the occupation of Chimney Rock is who was here. The varying architectural styles of the structures at Chimney Rock indicate the people had diverse origins and family structures and were heavily influenced by Chacoan Culture. Current questions focus on whether there was a large scale migration of Ancestral Puebloans bringing Chacoan culture or whether many communities were made up of local populations that were influenced by Chacoan culture, either through migrations of elite or through exchange networks. Many modern Puebloans believe their ancestors lived at Chimney Rock, especially those from the Rio Grande Pueblos including Picuris, Taos, Acoma, and Zuni. 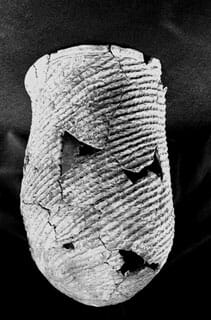 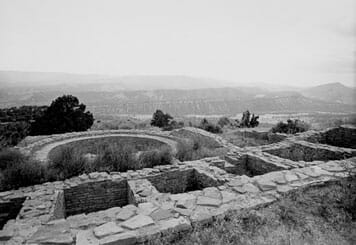