Want to know more of the story of Chimney Rock National Monument before you visit? Here’s a look at the people, the place, the research, and the features that make the Monument unique among Chacoan sites.

Prehistory leads you through the migrations and developments on the continent that led to the cultures specific to the Southwest. You’ll learn about the people who lived at Chimney Rock, their knowledge of the sun and moon and their relationship to the Chacoan culture of the Four Corners area.

Research tells the basis for the story of the people who lived at the Monument 1,000 years ago. The first dig at the site began in the 1920s. The most recent excavation was in 2009. Who were the researchers and what did they find? Their notes along with knowledge of present day Puebloans helps us interpret the ancient story.

Habitat introduces you to the plants and animals that allowed the early residents to survive. You’ll learn the native plants and how they were used by the Ancestral Puebloans and/or today’s Native Americans. See the gallery of mammals and reptiles native to the site. Learn the geologic history of the twin pinnacles.

Click on Links To Other Sites to take a grand tour of other archaeological sites in the Four Corners area, museums, and research institutions.

Suggested Reading encourages you to further explore Chimney Rock and its place in the Ancestral Puebloan world. 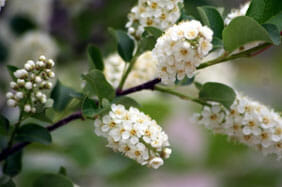 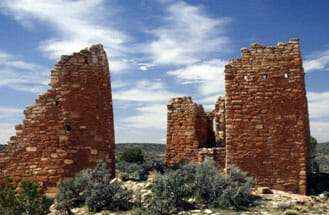