Follow the chronology of prehistoric dates that were significant for the ancient residents of Chimney Rock National Monument:

July 1054 A.D.: The supernova, which produced the Crab Nebula, was visible in the daytime sky for three weeks and in the nighttime sky for about two years.

December 1057 A.D.: At the winter solstice, the full moon rose between the chimneys, and archaeoastronomists speculate this was discovered by the residents of Chimney Rock.

1066 A.D.: Hailey’s Comet appeared on the eve of the Battle of Hastings. The comet covered one-fourth of the nighttime sky.

1073-1077 A.D.: Period of a Major Lunar Standstill. It is estimated that the moon appeared between the chimneys on more than forty occasions.

1077 A.D.: Sunspots large enough to be seen with the naked eye were reported in China, beginning two hundred years of unusual sunspot activity.

Following is an Ancestral Puebloan Culture Time Line from the 1928 Pecos Conference: 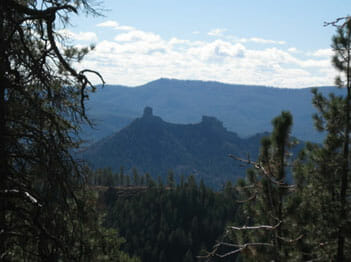 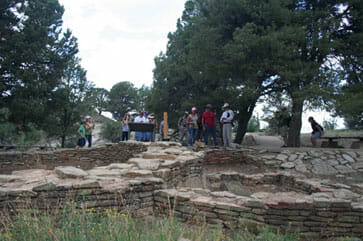